For thirty-odd years now, forward-thinking sound scientist and mixologist Adrian Sherwood has been dubbing it up, keeping the faith when others have fallen away and blowing minds and speakers alike.

Producer, remixer, and undisputed patriarch of the British dub collective/record label On-U Sound, Adrian Sherwood has long been regarded as one of the most innovative and influential artists in contemporary dance and modern reggae music. His talent for creating musical space, suspense, sensations and textures have enabled him to pioneer a distinctive fusion of dub, rock, reggae and dance that challenges tradition not only in roots circles, but also in the pop world at large.

Long influential and innovative on the UK reggae scene, Sherwood’s distinctive production style soon began attracting interest from acts outside of the dub community and by the early-’80s Sherwood was among the most visible producers and remixers around, working on tracks for artists as varied as Depeche Mode, Primal Scream, Einsturzende Neubaten, Simply Red, the Woodentops, and Ministry. He became increasingly involved in industrial music as the decade wore on, producing tracks for Cabaret Voltaire, Skinny Puppy, KMFDM, and Nine Inch Nails, and although On-U Sound continued to reflect its leader’s eclectic tastes, the label remained a top reggae outlet.

In parallel with their legendary live band, Asian Dub Foundation still performs in the original sound system format: an ADF official show, but in a dimension more suitable for clubbing and little stages.

Asian Dub Foundation Sound System brings on the dancefloor all their famous militant cross-over fury, with several historical members of the band alongside new guests, in a flexible line up filled with djs, mcs, singers and musicians from the ADF camp.

The sound system has always been part of the ADF history from the very beginnings, and it represents the chance to listen unreleased remixes old and new, gems from their repertoire as well new upcoming sounds all in one definitive and captivating show.

Jungle, drum&bass, rap, reggae and asian sounds are the ingredients of their musical selections, mixed in a skilled and exciting style by John Pandit aka Pandit G, and powered by the raw and charismatic mcs spitting out bars and vocals onto the typical sound system ritual. 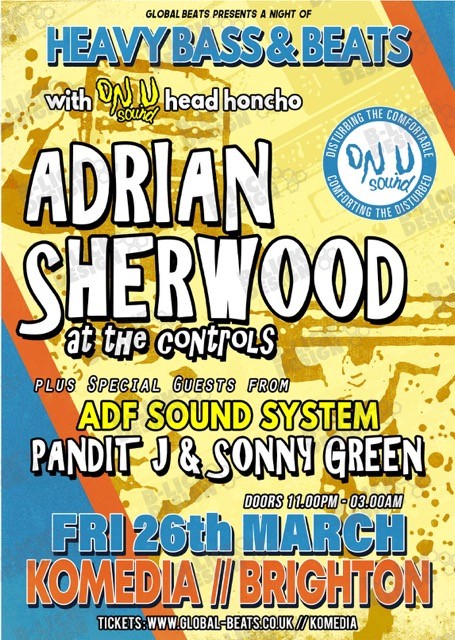